A 12-year relationship built on trust and customer service 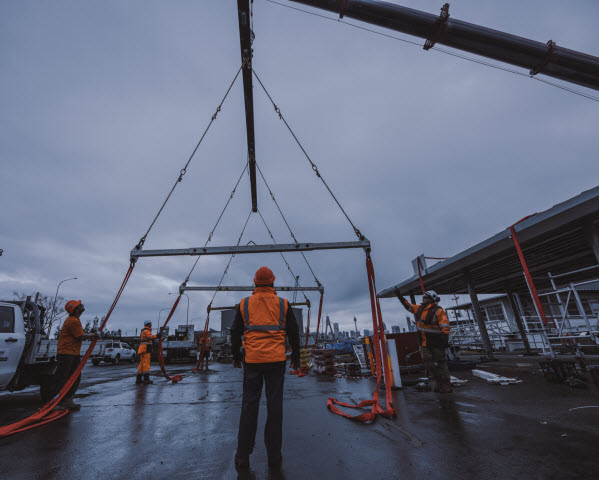 How do you build trust?

The same way you build anything that’s meant to last – slowly, consistently and by never letting someone down. Ben knows a thing or two about buildings that are meant to last, being a site manager for Watpac for the past 16 years.

Watpac is a leading national construction contractor, employing more than 800 people across Australia. Their projects are impressive, including the iconic $600 million One Central Park development in the heart of Sydney, the $264 million Ryde Gardens project, and the $90 million Cochlear Global Headquarters… and they are just some of the Sydney-based projects.

Needless to say, Ben has deadlines to meet and budgets to manage. When asked what his biggest challenges to success were, his answer was simply “people”.

“I might have literally 500 guys on a particular site at any one time,” says Ben, “and at least 400 of them have a problem they need me to sort out for them.”

Ben values autonomy and the establishment of trust. Contractors who he knows will just get the job done are like gold to Ben.

And that’s why for the past 12 years Ben has ALWAYS used Two Way Cranes for all of his mobile crane needs.

“Two Way Cranes are like a lifeline in my phone. I just call them when I have an emergency and I always get the same response, day or night… 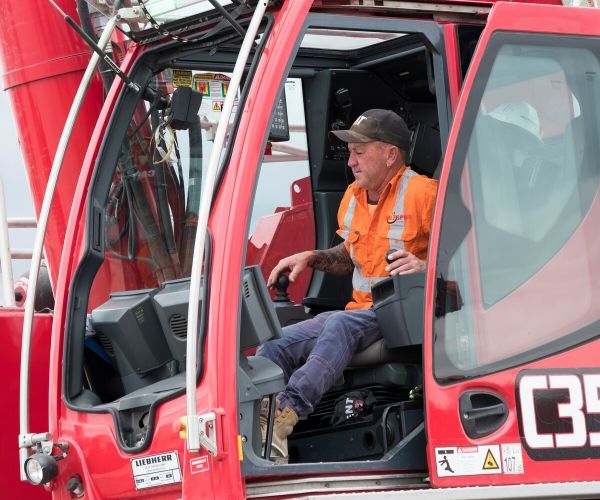 Trusting the job will be done right the first time

When building anything – including trust – you have to start with a solid foundation.

Ben recalls the very first day he met the Two Way Cranes team, when that foundation was first laid.

It was in early 2007 when Ben was site managing the build of the well-known Channel Seven building in Redfern.

A massive project, Ben had a plan to see which crane contractor was up to the task.

“I hired all four big crane companies in Sydney and put each one in a different corner of the site. I wanted to see who was the best and who was going to waste my time.

Two weeks later, Two Way Cranes won the job. I’ve used them for every mobile crane job I’ve had since.”

“Well, the extensive fleet is great; the fast turnaround on paperwork and processing is brilliant, too. But really, it’s because of their unrelenting focus on quality and customer service.

I need a team that gets what I need and understands where my pain is… and there is no one who understands my world better than the team at Two Way Cranes… sometimes I think we communicate through ESP!”

And that’s why Two Way Cranes has managed 100% of Ben’s mobile crane work ever since that day.

It’s because he can trust they’ll always be there to do their job when he needs them. Be it a planned job booked weeks in advance, or an absolute emergency, like what happened to Ben literally just yesterday. 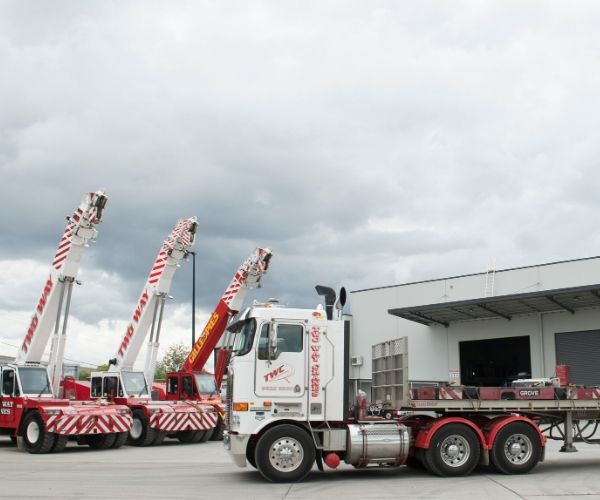 Always available in an emergency

When asking Ben “When was the last time you had an on-site emergency that required an immediate crane based solution?” he just laughed…

Ben has been working on an enormous project in Parramatta for the past two years; a busy, challenging site in the middle of the sixth biggest CBD in the country. He had been waiting on a shipment of steel to arrive from Adelaide.

It finally appeared on site three days late, which wasn’t ideal. But to make things worse, the provider had no means of unloading the shipment safely.

“They wanted to use a forklift, but I knew it just wasn’t safe so I said no.”

Unfortunately, Ben’s direction wasn’t followed, and when attempting to lift the load, the forklift was flipped upside down. Fortunately, no one was hurt. Ben decided to use his trusted lifeline and call Maury from Two Way Cranes.

“It’s an emergency, I need a Franna right now!” was all Ben said over the phone. “I knew it was Maury’s day off and he wasn’t even in Sydney, but I desperately needed their help.”

It can be nearly impossible to get some contractors on the phone in the middle of a busy work day, let alone asking them to drop everything (pardon the pun) and get a crane out onto your site immediately.

But that’s where the trust kicks in. Two hours later, the Two Way Cranes team had a machine on-site, and by 9pm that night the forklift had been corrected and the load had been distributed.

“Maury and Frank must have turned the world upside down to get that done on such short notice… but I never heard any drama or saw any stress from them,” says Ben. “All I heard from Maury was what I always hear… 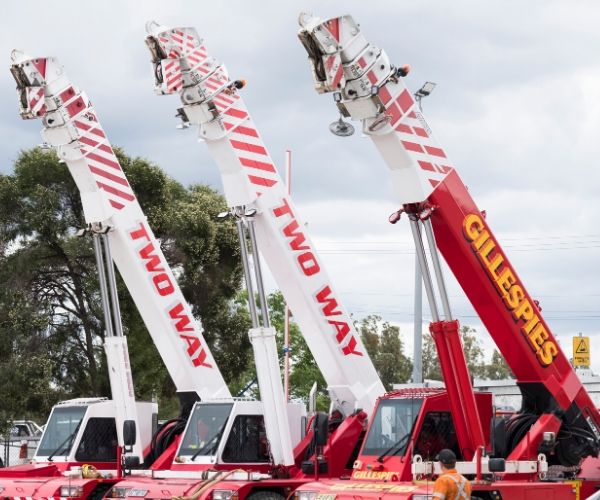 One of the huge advantages of using the services of a large firm like Two Way Cranes is the amount of inventory at their disposal.

A fleet of 35 cranes means that they can bring new clients on board, and the variety of the fleet means they can tailor to a client’s needs more accurately.

The large fleet means nothing – however – without the established trust founded by the individuals manning those cranes.

This combination of unwavering personal service, an exceptional fleet and a foundation of trust is the reason Ben has used Two Way Cranes on his sites up to five times a week since 2007. 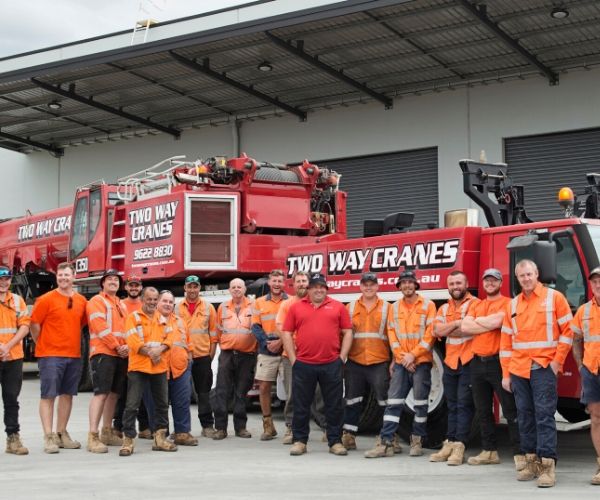 A team that just 'gets it!'

One of the most important commodities on a worksite is trust.

You can’t just buy trust; it needs to be built over time.

Busy site managers like Ben can’t risk using contractors who will eat into his time and put others on the site in danger.

He needs a team who know worksites like the back of their hand, who live and breathe exceptional customer service, and who have the runs on the board through years of practical experience to be trusted to do the job right the first time.

“Being able to trust that a contractor will never let me down is the only way I can operate,” says Ben.

“Trust is everything, and I trust Two Way Cranes.” 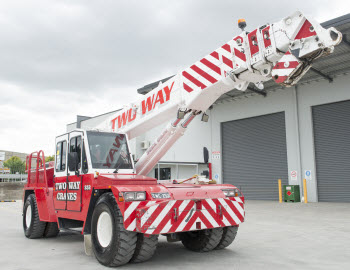 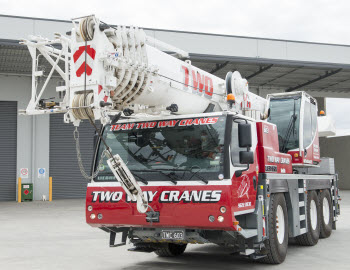 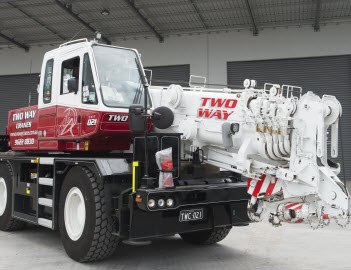